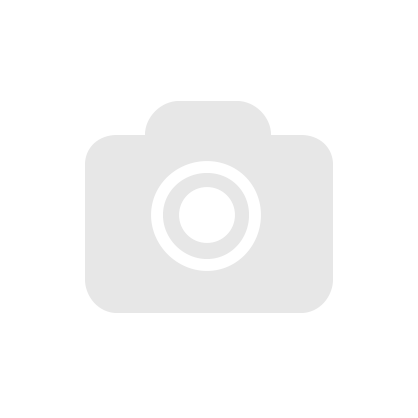 -27%
out of stock
Falanghina "VULCANICO" [PATERNOSTER]

General description of the production territory of the Falanghina wine

The white wine Falanghina IGT born from special vines from Campania in the Benevento province. The Falanghina vines has some very old origins that located it in the slope of the Taburno and in some little area of the Campi Flegrei which is the characteristic and peculiarity that allow this wine to receive the IGT certification (indicazione Geografica Tipica). The Taburno is a calcareous massif located in the North of Campania and on the west of Benevento. It is an isolated mountain to the rest of Apennines : on the east side there is the Telesina valley which was dug all along the centuries by the Calore river and on the west side there is the Caudina valley more open and glacial. On the slope of this mountain is cultivated this vine which is used to produce, a part form the Falanghina, also the Sannio Falanghina Passito and the Sannio Falanghina Spumante.

The vine depending where it is cultivated can have different synonyms such as “Falernia” in the Caserta province or “Verace” in the Pozzuoli area and in Lucrino. By the way the vine used for the Falanghina is exclusively cultivated in the Benevento province in a little area on the slope of the Taburno mountain. The bud which dimensions are between the 10 and the 20 cm is characterized by an enlarged and very wooly peak and this light down is all along its length. The color is clear green with light blue reflections. The senior leafs of the Falanghina are cottony and this characteristic disappear the more you separate from the top where the green color becomes more opaque. The shape is cuneiform but sometimes it could have a medium or little orbicular dimension. It has three tips and in rare occasions it could have five tips.

The upper side is without peels with a bright green color whereas the lower side is wooly with a more opaque and clear color. The teeth are normally marked with a regular shape.

The wood is quite long, weak and frail with marked lenticels with a circular shape and a smooth surface with marked knots and a brown/red color. The bark is very resistant and its buds are big and conic.

The bunch ripens in the second half of September and the picking takes place in October. The general production is classified as medium not very homogenous both concerning the whole cultivation of the territory than concerning this particular cultivation.  It needs a dry and warm temperature which is a characteristic that along the year has given some qualitative problems to the wine and to the producer cellars which had to face long winters and very rainy springs. Especially for this reason the last years classified as excellent for the Falanghina IGT are the 2006 and 2008. The bunch shape is cylindrical and irregular quite wing in the upper part and asymmetric. The peduncle is short and not very visible and grassy but with the maturation is tending to be more woody. Rarely the bunch assumes a windy and extended shape that reminds the treble clef where the inferior tip goes through the top and the most marked wing on the top goes through its opposite. The grapes are green and spheroidal not very big almost little, the peel is bloomy with a grey color tending to a yellow which is homogenous in all its parts. It is thick and rich it has a colorless pulp lightly crunchy whit a broom flavor very light and quite acid. The Falanghina is a noble vine and very appreciate especially in Campania where is one of the most spread. Its name comes from the Latin “Phalange” which means “Tied to the pole” which reminds the ancient Greek army formation that occupied those territories. The vine lately spread in all the Benevento province but its original native area, which thirty years ago began to grow, included: the Montesarchio and Benevento towns where still today are maintained secular vines. The falanghina vine which exists since the Romans, is a strong vine with a late ripe (last ten days of September). It gives a yellow color wine with some grey reflection tending to a gold color, the scent is pleasant and very intense, it expresses the heat of the ground where it comes from and it has a velvety, thin and very elegant taste.

It has a cold wine making process according to the technical policy of production and there are used only selected grapes in the first days of October to be sure they have the right ripe status.

The fermentation takes place with the must temperature controls which is left to rest in cold. The refinement takes place in stillness steel barrels.

Similar wine and grapes used for the Falanghina

This amazing white wine, Prince of Campania, is produced with 100% Falanghina vines as single variety.

Analysis of the Falanghina wine

It has to be served at 10°C in a medium high and medium large wine glass because even if it is a white wine, it needs a short settling. This permits the scents and the taste to spread to describe the chemical composition of the ground which is mostly clay.

It has a straw yellow color with green reflections which reminds the gold. It is very clear and pure.

It has a strong fruity flavor such as green apple, pineapple and citrons which are due to the clay and calcareous of the ground.

It has a dry taste but fresh and quite acid by the way lively and rich. The freshness on the palate is exalted by the acidity and winy which confers to this wine from Campania a great structure.

Suggested matches with the Falanghina

The white wine Falanghina IGT can be drunk all along the meal with main dishes, soups, fish dishes, cold dishes, buffalo milk mozzarella and fresh cheeses. It is perfect also with mushrooms and vegetables soups.

Find out in your online wine shop Uritalianwines all the Falanghina IGT of different cellars.