Mandrarossa
Item code 1657
€ 8.20 € 9.90
Item available
Orderable
Shipping within Monday 05 December, if you order within 6 hours and 4 minutes
Shipping within 7 once the payment is confirmed
-
+
Add to Cart
Add to favorites
Prizes and awards
View all
Winery 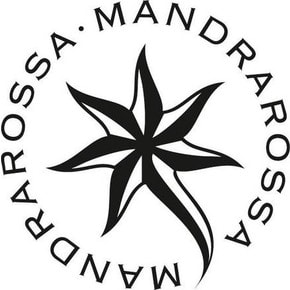 The Grecanico Dorato Costadune di Mandrarossa owes its name to the soil, to the part of the territory where its grapes are grown. Grecanico vines that prefer soils along the sandy coast characterized by sinuous dunes. The proximity to the sea gives it aromas, freshness and flavor without equal. The territory of origin is that of south-western Sicily, in the Municipality of Menfi in the province of Agrigento. For its vinification are used 100% Grecanico grapes, which in this geographical area have the DOC certification that guarantees the Denomination of Controlled Origin. The soil on which the grapes rise is sandy and medium-textured. The yield of the vines reaches 100 quintals per hectare and the density is 4000 maximum 4500 vines per hectare of land planted with vines.The soils rise at an altitude of 80 maximum 250 meters above sea level. The exposition of the vineyard of reference for the production of this sensational wine is towards the south, south-east. The vinification process involves an initial phase of cryomaceration of the grapes, then a fermentation in stainless steel tanks at a controlled temperature of 16 º C and then a maturation that lasts for a maximum of 3 months during which the wine is kept at a controlled temperature of 10 º C in stainless steel tanks.

The organoleptic analysis of the wine is straw yellow with vivid greenish reflections, the aroma is intense with ample aromas of orange blossom, citrus, lemon, citron, mixed with a slight perception of thyme. The taste is light, delicate and round. Fresh and savory, like the breeze that comes from the sea.

This white wine goes perfectly with light cheeses, tabulé of vegetables, white meats and fish appetizers of all kinds and types. It should be served in a high and wide glass at a temperature of 12ºC.