Ceretto
Item code 1504
€ 129.20 € 148.00
Item available
Orderable
Shipping within Friday 09 December, if you order within 14 hours and 48 minutes
Shipping within 7 once the payment is confirmed
-
+
Add to Cart
Add to favorites
Prizes and awards
View all
Winery 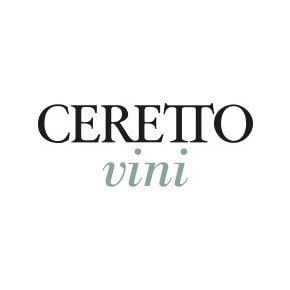 This bottle Magnum i1,5 liters and is sold in screen-printed Box.

The Barolo DOCG of the  Ceretto winery represents the main combination of tradition and innovation. Between the respect of the cultural and territorial identity and the refinement of modern production methods to offer the taster an exceptional product with excellent characteristics. The Barolo DOCG Ceretto is produced in the municipality of Barolo and Serralunga D'Alba. The grapes used for its production are 100% Nebbiolo. The product derives from the development of the idea of combining different sensations to get the right balance. At the base of the original concept of Barolo; the most classical producers have always avoided putting the single expression of the vines in front of them in search of the right size in the glass. This is how in our classic Barolo, the two souls of the denomination coexist: the gentler one, typical of the area marked by the Tortona lands of La Morra and Barolo, of which Brunate are examples, and the more austere and masculine side of the slope made of typical lands of the Elvezian period, such as those at the base of Gabutti di Serralunga. A stylistic choice, that of wanting to synthesize the taste of the denomination itself, which gives us a rich and virile wine, able to show itself in youth and challenge evolution with the right momentum. The wine must be aged for at least three years and kept in oak or chestnut barrels for at least two years. The aging period is calculated starting from 1st January of the following year from the harvest.

Characteristics of this red Piedmonts wine

It is the symbol of the Piedmonts tradition and it has a red garnet color with wide and deep orange reflections. The smell is varietal, ethereal, pleasant and intense. The taste is dry, full, strong, austere but velvety and harmonic. The proof is 13%.

Suggested pairings with this Barolo Ceretto

The Barolo Ceretto must be served at 20°C in a tall and wide wine glass. It is perfect with meat especially if braised or game. It is very good with truffle, and aged cheeses. It is perfect also with the tasty risottos with chicory and gorgonzola.