CASTELLO DI NIPOZZANO
Item code 2894
€ 58.80 € 65.00
Item available
Orderable
Shipping within Monday 05 December, if you order within 5 hours and 47 minutes
Shipping within 7 once the payment is confirmed
-
+
Add to Cart
Add to favorites
Prizes and awards
View all
Winery 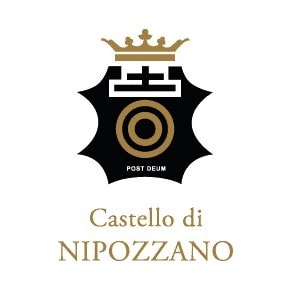 This wine is sold in a silk-screen Wooden Box.

The vinification in a blend of vines composed mainly of Cabernet Sauvignon and Cabernet Franc, to which Sangiovese and a touch of Petit Verdot are added: this is the composition of the “great” wine of Castello Nipozzano. The wine was conceived with the 1983 harvest and since then it has been produced in the most favorable years. In the vintages 1984, 1987, 1989, 1992, 1998 and 2002 it has not been produced.  Mormoreto is a wine with a vibrant character, which knows how to express finesse, harmony and an admirable longevity. The origin of the grapes is that of the Castello Nipozzano estate, lands located at an altitude between 250 meters and 300 meters above sea level. The plots reach an extension of 25 hectares and all are named with the same name on a cartographic level. The exposure is towards the South. The soil is characterized by the particular richness of well-drained sand, elements to which a moderate presence of calcium and a neutral or slightly alkaline pH are added. Excellent presence of alberese, rich in clay and very well endowed with calcium. Rich in surfacing stones, alkaline pH. The breeding is typically based on the spurred cordon method and all the vineyards have an average age of 20 years. For the vinification there is a selected maceration time for each variety that is vinified and macerated separately for 35 days in stainless steel tanks at a temperature below 35 ° C. The process is immediately followed by a maturation on the skins of 20 days. The malolactic fermentation is developed immediately after the alcoholic fermentation. For the refinement, partly new and partly second passage oak barrels were selected. The aging time is 24 months in new barriques and part of a year followed by a further period of 6 months in the bottle.

Characteristics of the MORMORETO Toscana wine

This wine from Tenuta di Nipozzano has an intense and impenetrable ruby red color. The scent is complex, rich in red fruits such as blackberry and raspberry. There is a good balance between the notes of bitter almond and fig jam and the ones of roasted coffee bean, cocoa butter, light vanilla note. The taste is fresh, complex, persistent, balanced, the tannins are integrated with the body of the wine. The acid component is important and is elegantly combined with the alcoholic one. Notes of berries such as blueberry, blackberry jam.

An excellent wine with long cooking meat preparations such as braised, stewed and stewed meat. Perfect with aged cheeses. It should be served at a maximum temperature of 18°C in a large glass that favors oxygenation.